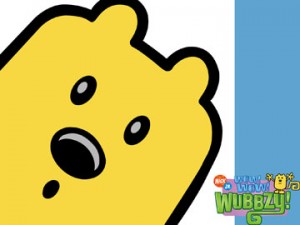 How insanely busy will Coquitlam Centre be on Sunday, May 2nd?

Hmmm…with all that in mind, I’d say this event is a “definite maybe”. It would be fascinating to witness so many hyperactive, nap-deprived toddlers and preschool children in the same place at one time. And… “Yes”, it could get ugly but “Hey”, it might be fun too.

At the very least, you can always do a little shopping, (there’s 910,000 square feet of retail therapy just waiting for you) in stores like The Bay, London Drugs, Sears, Sport Chek, Zellers, T&T Supermarket, H&M, Aritzia, Sephora, and Lululemon.

p.s. This just in…Wubbzy is from Wuzzleberg where he spends most of his time with his two friends, Widget and Walden…does that help? I didn’t think so.